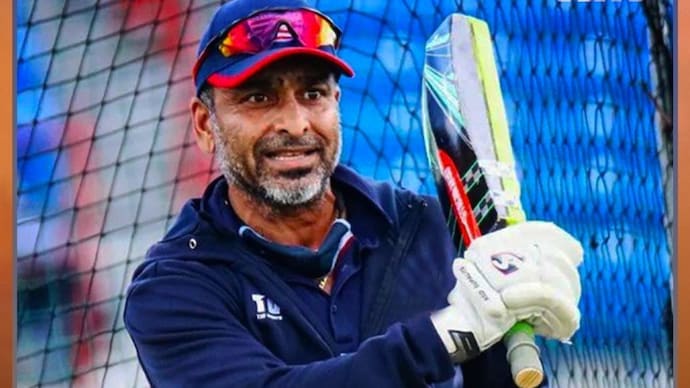 By India Today Web Desk: Mumbai Indians on Wednesday announced that the 5-time champions appointed Arunkumar Jagadeesh as their batting coach for the Indian Premier League (IPL) 2023 season. Arunkumar, 47, will assist Kieron Pollard, who was named as their batting coach after the all-rounder retired from IPL in the lead-up to the mini-auction earlier in December.

Mumbai Indians’ support staff will be head by Mark Boucher, who left his role as South Africa coach to take over the top job at the 5-time IPL-winning team. Former coach Mahela Jayawardene was elevated to the role of Global Head of Performance of MI franchies.

Arunkumar comes into the Mumbai Indians set-up after having found a lot of success as a coach. The former Karnataka captain coached the United States of America cricket team for 2 years in 2020.

Arunkumar was the batting coach of the Karnataka side when they won their back-to-back titles in the Ranji Trophy, the Irani Cup and the Vijay Hazare Trophy in 2013-14 and 2014-15 seasons. Arunkumar Jagadeesh represented Karnataka in the Indian domestic circuit for 16 long years from 1993 to 2008.

A prolific run-getter at the domestic level, Arunkumar, who opened the batting for Karnataka, scored 7208 runs, including 20 hundreds, in 109 first-class matches. He also played 100 List A matches and 7 T20s.

Arunkumar also worked as Puducherry’s head coach in the Ranji Trophy 2019-20 season and was involved with Punjab Kings’ support staff in the 2017 IPL season. Arunkumar also played alongside Mark Boucher in the inaugural edition of the IPL with Royal Challengers Bangalore.

Mumbai Indians will be led by Rohit Sharma and the team spent big to secure the services of Australia all-rounder Cameron Green. The 23-year-old was bought for Rs 17.5 crore at the IPL 2023 mini-auction in Kochi.